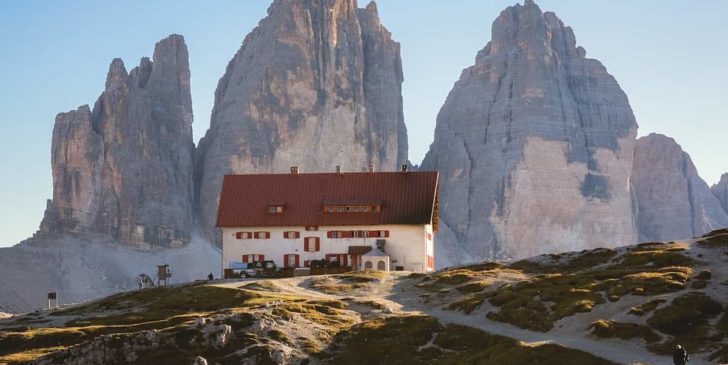 Most travelers choose famous cities as fixed points for their travel planning. Why not plan your next trip to Europe based on its top hiking routes?

The Italian Cinque Terre trails, a network of paths that connect each of the five beautiful villages with the other, have always been on the itinerary of visitors exploring the Italien Riviera. But there is a reason why we start with this classic hike. It was announced recently that the Lovers’ Lane, the short but famous 1-kilometer stretch linking the villages of Riomaggiore and Manarola, would be reopened to the public in 2023 after 11 years of closure.

If you don’t want to wait that long, fair enough. All the other sections of the trail are as lovely as the Lover’s Lane and offer equally spectacular views of the Ligurian sea and the nicely colored houses.

Although it has a few steep, uneven, and a bit physically demanding parts, the trail is generally quite easy to hike. If you want to expand your trip, you can explore other sections of the 120-kilometer trails throughout the region. Ther is a blue path that goes closer to the sea and through the villages, and the red path that starts in Portovenere and stretches high over the ridge to Levanto. 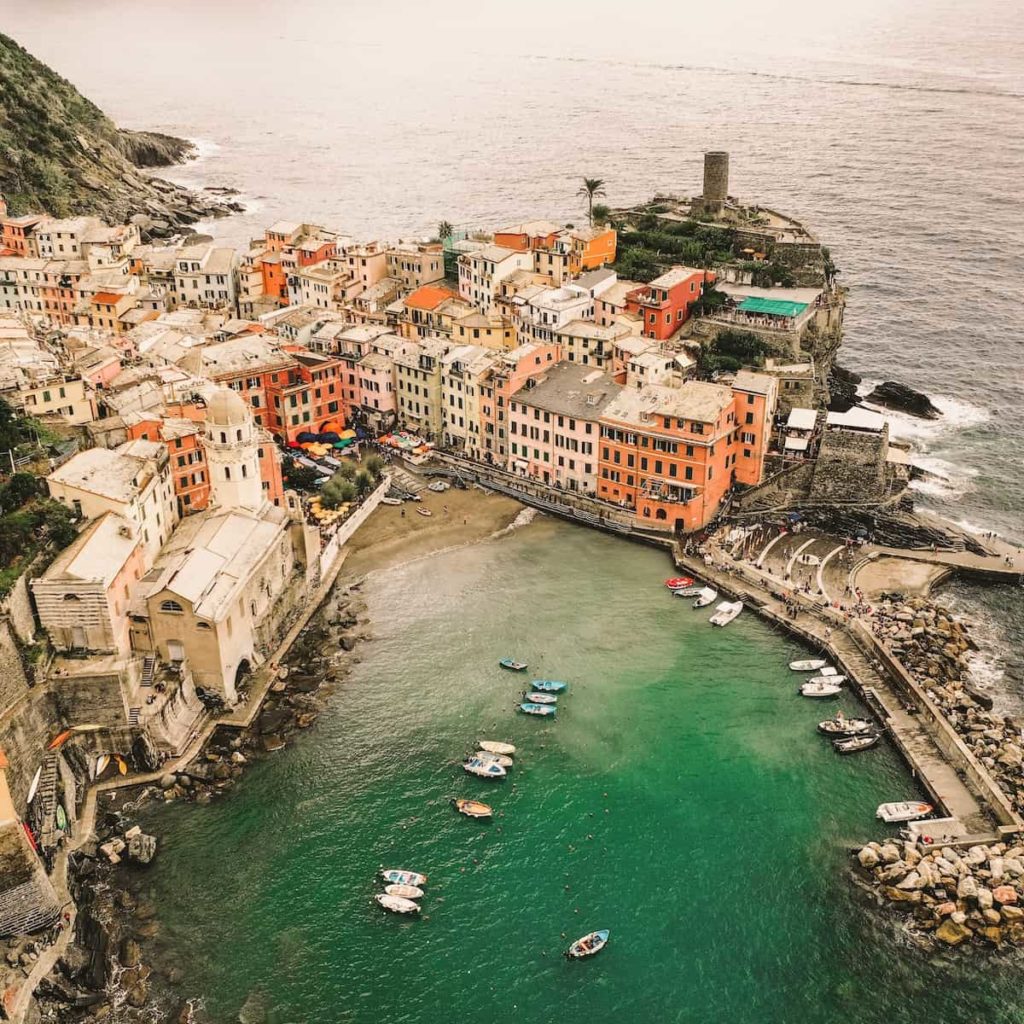 The Path of the Gods is a fantastic cliff path over Italy’s breathtaking Amalfi Coast. The main section of the walk is 6.5 km (4 miles) between the small villages of Bomerano (in Agerola) and Nocelle (above Positano). Both villages are above the sea, so there is no significant difference in altitude between them. You can also start or finish in the coastal towns of Praiano (below Bomerano) or Positano (below Nocelle), which both are connected to the path by steep stairs with over 1500 steps.

The walk is of medium difficulty, but you don’t need a guide. If you are an experienced hiker, you will find it easy, and if you are reasonably fit, you will make it.

Along the way, you pass towering limestone mountains, colorful wildflowers, and old abandoned stone houses. The path goes through lush green meadows, vineyards, and forests, and of course, there are beautiful views of coastal towns and over the sparkling blue sea to the magical island of Capri. You won’t want to miss adding this to your Italian round trip itinerary!

The Three Peaks are the landmark of the Dolomites, the mountain region between Italy and Austria. The Dolomites were declared a UNESCO World Heritage Site in 2009, confirming the unique character and incomparable beauty of this mountain landscape.

The hike around the Three Peaks is one of the most beautiful hikes in the Dolomites, providing stunning from all sides of these impressive mountains. It can easily be done without a guide in one day. We also recommend staying overnight in one of the huts (Refugio) along the hike. One is the Refugio Locatelli or Dreizinnen hut from where you will have breathtaking views of the peaks when they are immersed in the golden light of the setting or rising sun.

The three to four days hike from Mestia to Ushguli is one of the most popular hikes in Georgia, offering excellent views of the wild and mysterious Greater Caucasus mountain range and its 4000m-plus snowcapped peaks.

The hike itself is not too difficult. However, as it takes a few days, some preparation is necessary. Especially if you choose to hike in July or August when it gets more crowded, you may want to book your accommodation well in advance. The hike will lead you through several traditional Svaneti villages with inns where you can stay.

And if four days of trekking isn’t enough, you can easily turn it into an almost two-week adventure and explore other, less touristy parts of the Svaneti region famous for their koshki stone structures, some of them dating back to the 9th century.

The Cares Trail or Ruta del Cares is one of the most popular hiking trails within the Picos de Europa, the most beautiful nature reserve in northern Spain. The trail is about 11 kilometers in length and is also known as the “Divine Gorge” of the Cares River. It akes you over various bridges and tunnels carved into the rocks and offers terrific views of the untouched mountain landscape.

The Ruta del Cares starts in the Asturian village of Puente Poncebos and takes you via Caín in Leon to Posada de Valdeón. In former times, the route used to be the only way to reach both cities during the winter snow season. 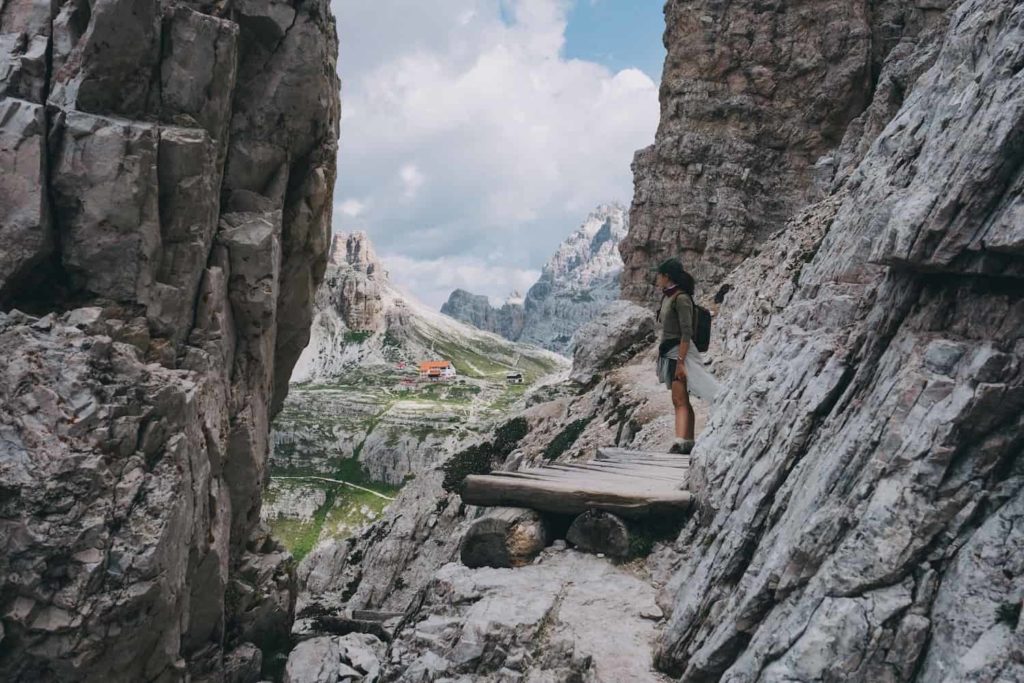 This is one of the most stunning hikes on the trails of the Tour de Mont Blanc in France. It is a strenuous trail that starts in Bellevue and ends in the Baraque des Rognes. From here, you have one of the most spectacular views of the Chamonix Valley and Mont Blanc itself – the highest peak in Western Europe.

The challenging hike usually takes three and a half to five hours, and it is not uncommon to see ibex along the way. Be aware of the weather before you set off – some areas along the way are extremely exposed and can be dangerous in thunderstorms or snow gusts.

The hike will undoubtedly whet your appetite, so don’t miss to visit Le Piano Gourmand for an exciting insight into French-Mediterranean fusion cuisine and a worthy reward for finishing one of the best hikes in France.

This day hike brings you to one of the most beautiful places in France: Mont-Saint-Michel, an island and mainland commune in Normandy, France with its ‘Wonder of the West’, a Gothic-style Benedictine abbey dedicated to the archangel St Michael.

The tiny island is located about one kilometer off the country’s northwestern coast. The 6,5 km long trail starts in Bec d’Andaine and leads directly over the sand of the bay of Mont St. Michel.

It goes without saying that this walk can only be done at low tide, as this bay is notorious for the highest tides in Europe. Most people prefer to take a guided walk, as a misjudgment of the cycles of the tide can be fatal.

The walk through the bay takes about two hours and takes you right to Mont St. Michel Island. This is the same historical route that religious pilgrims have followed since the Middle Ages and which makes it one of the oldest, most picturesque walks in France. 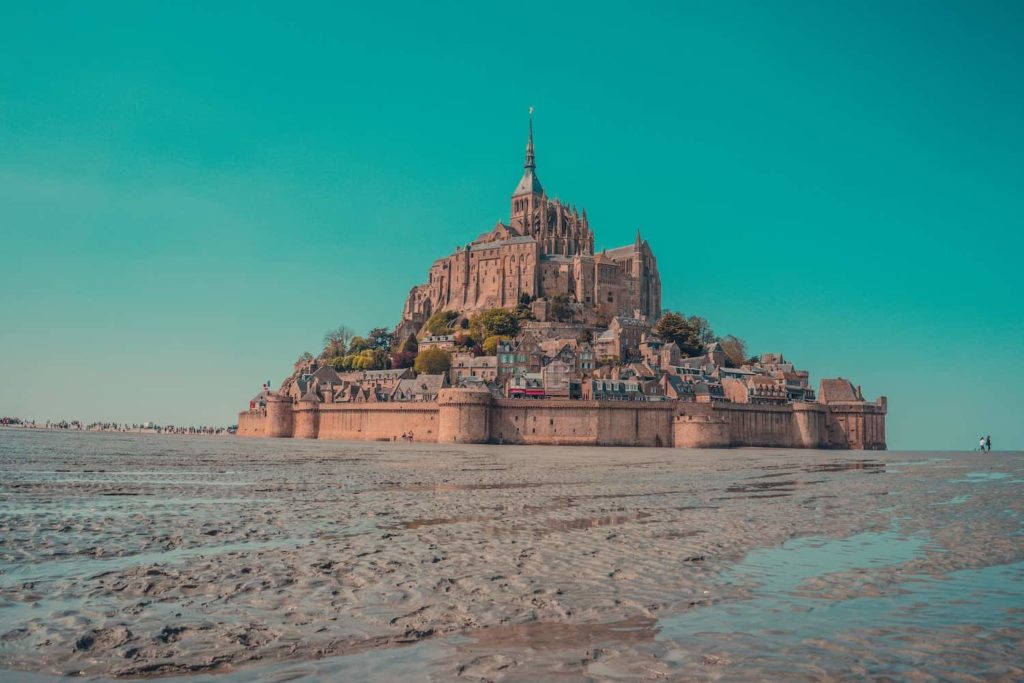 The 16 km long Samariá Gorge is located in the Samariá National Park, in western Crete, Greece. It is one of the longest gorges in Europe. The canyon, with its steep cliffs and needle-shaped passages, has an undeniably rough beauty.

The hike starts at 1230 m south of Omalos at Xyloskalo and ends in the coastal village of Agia Roumeli. The only way out of Agia Roumeli is by boat to Sougia or Hora Sfakion from where you can catch a bus or a taxi.

The hike is not over-challenging, but don’t think that you can do it in beach sandals! Along the way, you pass the abandoned village of Samariá and the 14th-century Osia Maria church. The gorge is very narrow and is flanked by cliffs at a point known as the Iron Gates. The park protects the Kri-kri, an endangered species of goat.

The Plitvice Lakes National Park is the oldest national park in Croatia close to the border to Bosnia and Herzegovina and one of the most famous forest reserves in Europe. Why? The 16 terraced lakes, joined by waterfalls that extend into a limestone canyon, are a true water wonderland.

Hiking through Plitvice doesn’t mean climbing summits (although the surroundings are mountainous), but offering beautiful, relaxing walks on trails winding around and across the water and leading through dense forests.

The park is very well connected to the main cities of the region by state roads and is suitable for families with children.

Flanked by 32 four-thousand-meter peaks and just a few minutes from the Bettmerhorn mountain station, is the spectacular Aletsch Glacier, with almost 23 km the longest glacier in the European Alps. The Aletsch Glacier trail is one of the most beautiful mountain trails in Switzerland, offering you breathtaking views of the glacier and the famous Jungfrau, Mönch and Eiger mountains.

This hike starts at the mountain station of the Bettmerhorn cable. From here, you follow the well-marked trail northwards, with the Great Aletsch Glacier always in front of you until you head down to the Bettmeralp, where you can take the gondola back down into the valley. Although the hike is leveled intermediate most of the way, it goes downhill rather than uphill.

Although being probably the most popular trail in the entire Zermatt region because of its accessibility, the Five Lakes hike shouldn’t be missed. The trail offers you terrific views of the Swiss landmark, the Matterhorn. It also takes you past the five mountain lakes Stellisee, Grindjisee, Grünsee, Moosjisee, and Leisee. Each of the five lakes has its unique beauty. In some, you can swim in the summer, and others offer spectacular views of the Matterhorn. The 9.5-kilometre trail takes about 3 hours to walk.

The hike starts at the Blauherd lift station at 2578m – the highest point of the trail – and zigzags across the valley and down and finally up again to Sunnegga. If you decide to do the hike in reverse, take an extra hour into account. 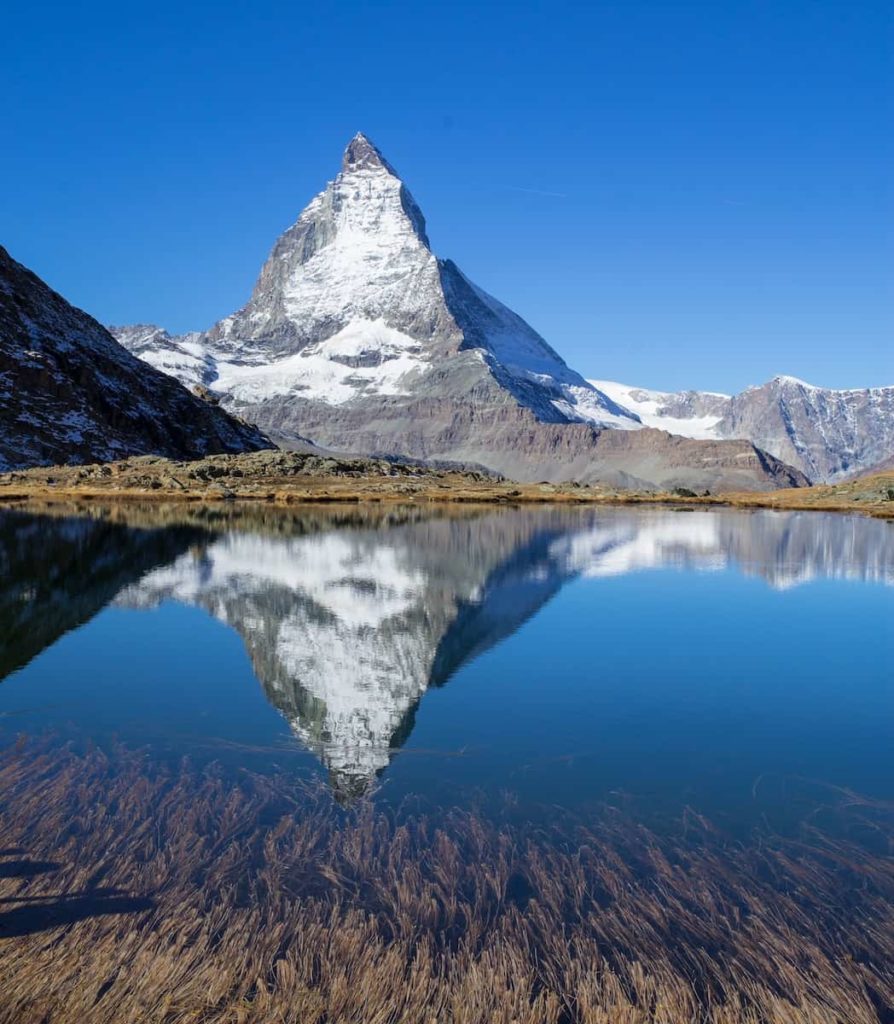